Upsides to the Down Economy/ Happy Leap Day! 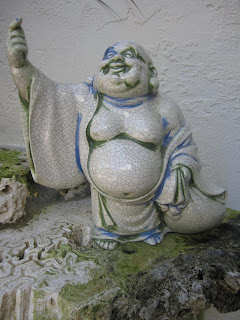 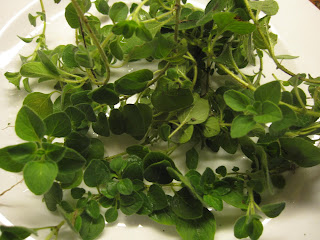 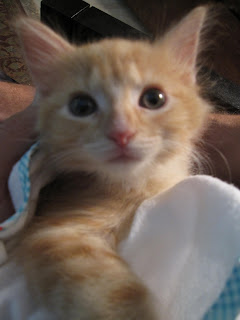 Today is February 29th, Leap Day. One day every four years we get an extra day in the year! How exciting and what a gift a single day can be. What are you going to do this Leap Day? I have (so

far): taken our kitty to the Humane Society be spade, get her rabies shot and a microchip, watered my garden, got a massage, did some yard work, harvested some oregano, blogged and found out all of my chakras are closed (bummer!) and it's not even noon. This Lent I decided that instead of giving something up I would try to do a good deed a day. It doesn't have to be something big, but just a random act of kindness. Yesterday I brought my bank teller a Pixie Stick (I had heard her say she loved them) and brought my daughter, who is sick, some chicken noodle soup. Doing nice things for other people makes me feel good so this Lenten promise is a win-win. It also focuses my attention on trying to find what nice thing I can do each day, so I am looking for a positive, instead of dwelling on a deprivation. So far, on this Leap Day, I have not done my good deed but that is the fun of it. Happy Leap Day to all!

"Just as treasures are uncovered from the earth, so virtue appears from good deeds and wisdom appears from a pure and peaceful mind. To walk safely through the maze of human life, one needs the light of wisdom and the guidance of virtue."
Buddha
Posted by Gleesganders at 8:49 AM No comments:

Labels: Upsides to the Down Economy/ Leap Day/ Random Acts of Kindness

Upside to the Down Economy/ I Seriously Love my Sirius Radio 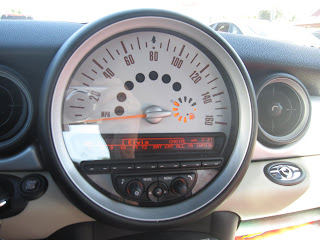 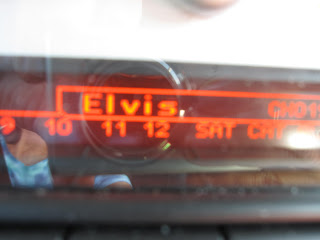 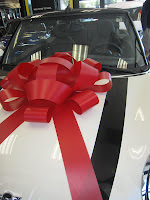 I seriously love my SiriusXM Radio. You know how they say money can't buy you happiness? I totally agree, except when it comes to some things. Like my record player where I can play all my old record albums and now my SiriusXM Radio that came free for one year with my new Mini Cooper. I started on channel 40, that plays forties music like Big Band and Frank Sinatra and then hit the Elvis station and haven't moved off #19 since. It is amazing how many different types of music Elvis sang- not just the rock n roll he is known for, but gospel, country, rhythm and blues, movie soundtracks (Can't Help Falling In Love is my favorite from Blue Hawaii) and covers of other artist's songs (like My Way from Mr. Blue Eyes himself). I'm sure I will eventually venture off of Elvis (Bruce Springsteen is the next station past), but for right now I am loving listening to The King broadcast from Graceland! While I was driving to my tennis match today, I was singing along to The Next Step is Love, and even though I lost, I got back in and got to listen to Elvis again, so the day wasn't a total loss. I am now putting together a list of my favorite Elvis songs for when I next visit Graceland and am a guest D.J. One more thing to add to the bucket list. Long Live the King!
Posted by Gleesganders at 12:47 PM No comments:

Labels: Upsides to the Down Economy/ Elvis/ SiriusXM Satellite Radio

Upsides to the Down Economy/ "Any"tizers 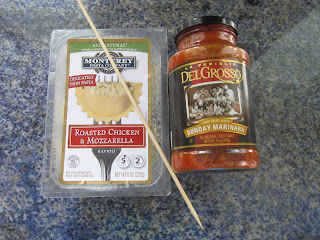 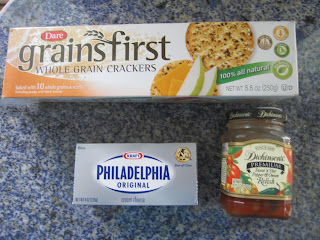 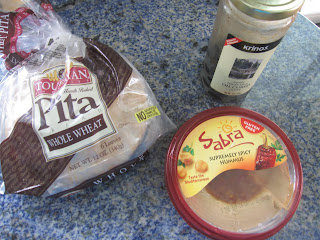 We're having a dinner party Saturday night and there was some mix-up about who was bringing appetizers, so I was thinking about what easy appetizers I could whip up in short notice. These are what I call "anytizers", handy apps you should have the makings for in your pantry or freezer. This can also come in handy during the holidays, in case you have guests who stop by on the spur of the moment. Of course cheese and crackers is always an option (with grapes and figs), but try to get more creative.

Easy and Hot: Take a block of cream cheese and put in a small saucepan on low heat until it is softened. Add a 15 oz can of chili with no meat and mix until until hot and well blended. According to the contributor "this is one of the easiest and best recipes that tastes like it takes a long time to make, but only takes 5 minutes." Serve with crackers or corn chips.
Easy, Hot and Seafood: (if you have 30 minutes) 1 cup Hellmans mayonnaise, 1 block of cream cheese, 1/2 cup chopped onion, 2 cans crabmeat, juice of 1/2 fresh lemon, hot sauce, to taste. Preheat oven to 350. Combine all ingredients and bake for 30 minutes. Broil to brown the top. Serve with crackers and additional hot sauce. A friend makes this and brings it to every party and everybody loves it.
Another item I usually have on hand is toasted almonds. This recipe is from Nora Ephron's book Heartburn. "You melt some butter in a frying pan, add whole blanched almonds, and saute until they're golden brown with a few little burned parts. Drain lightly and salt and eat with a nice stiff drink."

My sister Kelley is not known to have well-stocked kitchen but one item she invariably has on had is thinly slice Genoa salami. If you add to this some crackers, cheese, olives and pepperocini, you have yourself a nice Antipasti plate.

One thing we almost always have in our fridge is store-bought Hummus. Add to this, sliced pita bread, olives, sliced carrots and celery and you have an easy Mezze Platter.
If you have tomatoes, garlic and a loaf of bread (even stale bread will do) you can make yourself the ever-popular bruchetta.
One of my father-in-law Mort's favorite appetizers was grilled sausage, served with mustard. He used bratwurst and knackwurst, but any sausage would do. Slice into rounds. Serve with toothpicks and if you want to get fancy, serve different types of mustard.
Frozen pizza can be turned into an elegant app simply by slicing it into little thin slices. I like Wolfgang Puck and California Pizza kitchen, but any type (preferably thin crust) will do.
If you have ravioli or tortellini on hand, boil some up, put on a short skewer and serve with a heated pasta sauce.

One of my favorite appetizers is Rumaki, but a lot of people are squeamish of chicken livers. An alternative is just to wrap a small piece of bacon around a water chestnut and broil or grill until the bacon is cooked. Marinating in teriaki sauce optional.

Last but not least is an appetizer I read years ago in, The Frugal Gourmet. It was someone who wanted an appetizer, so used what she had available. This was mayonnaise, onion, party rye bread and Parmesan cheese. She mixed 1/2 cup of peeled, chopped onion with 1/2 cup mayo, spread it over the bread, topped it with Parmesan cheese and put them under the broiler until the cheese got brown.

Sometimes, the easiest appetizers are the best. I hope these "anytizers" will come in handy for you, so needn't ever sweat about what to serve. Bon Appetit!

Posted by Gleesganders at 6:05 AM No comments:

Upsides to the Down Economy/ Natural Sweeteners 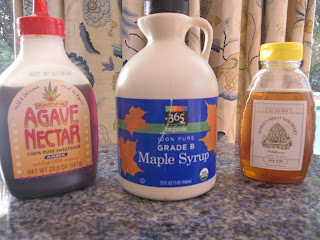 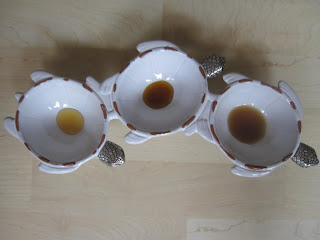 We received a three pack of honey as a Christmas gift. The gift giver owns a honey company and told my husband that the wildflower honey might be helpful to alleviate his allergies. This got me thinking about honey and other natural sweeteners, since I am trying to get away from eating white sugar. Brown sugar, both light and dark, is just white sugar that has been cooked to different degrees so it falls into the same category. So here, without further ado, is what I found out about these three natural sweeteners.

Honey is an ancient food and the only food that will never spoil. It has a long history of human consumption and the flavor of the honey is based on the nectar source. There are various types (orange blossom, tupelo) and grades (A, B, C) available. It is also used in medical traditions to treat ailments and unfiltered, pasteurized honey is known to alleviate allergies. Honeybees transform nectar into honey by the process of regurgitation (yuk!) and store it in wax honeycombs in the beehive. Honey is perfect for sweetening hot tea, putting on biscuits and toast (with butter) and for cooking and baking.
Of all the three sweeteners, honey is the thickest. It has 46 calories per tablespoon and scores 55 on the glycemic index. I was looking at the glycemic index because I am trying to avoid the high and subsequent crash of energy that white sugar brings. The pluses of honey is it never goes bad and the taste varies according to the nectar source.
Maple Syrup

I have been fascinated with maple syrup and the process of making it, every since reading a story about it in my Barbie magazine when I was little. What I remember most was that after they got the syrup out, they drizzled it on the snow into designs where it got hard. They then ate it with donuts and pickles! (to counteract the sweetness of the syrup) It is made from the xylem sap of the sugar maple, red maple or black maple trees. In cold climates, these trees store starch in their trunks and roots before the winter. The starch is converted to sugar that rises in the sap in the spring. The sap is processed by heating it. Canada is the largest producer, Vermont the largest in the U.S.
Maple syrup is the least thick of the three sweeteners. It has 26 calories per tablespoon, tastes like maple and scores 55 on the glycemic index (same as honey). It comes in grades A, B and C, with A being the most refined. I discovered Grade B while on the Master Cleanse. It has a more maple-y flavor. Maple syrup is 100% natural, contains calcium, zinc, antioxidants, riboflavin and niacin. Another plus is that vegans can eat it. Maple syrup is good on pancakes, waffles, oatmeal, in baking and as a glaze for meats and veggies.
Agave
I discovered Agave while visiting my niece Kate in Boulder, Colorado. It has a lower glycemic index that honey or maple syrup, creating less of a crash. Once I left Colorado, I noticed they carried Agave at Whole Foods and even Publix. This is a sweetener produced in South Africa and Mexico from several species of the agave plant, the same plant used to make tequila. It has been used thousands of years as a sweetener. Leaves are cut off the plant after it has aged 7-14 years; juice is expressed from the core, filtered, then heated. The filtered, hydrolysed juice is concentrated into a syrupy liquid.
Agave is sweeter than honey, but less thick. It contains 60 calories per tablespoon, scores 15 on the glycemic index and has a sweet, smoky taste, kind of like molasses. It is vegan friendly as well. It is perfect for sweetening iced tea, since it dissolves in cold liquid. I have also seen it used in lemonade and mixed drinks lately. I like to squirt a little atop my fresh fruit and Greek yogurt, as a flavor booster.
So, there you have it. Each natural sweetener has its own advantages so it comes down to: what you're using it for, which taste you like the best and how many calories you want to consume. Here's to a (naturally) Sweet Life!

Posted by Gleesganders at 6:02 AM No comments: