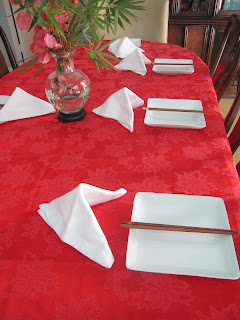 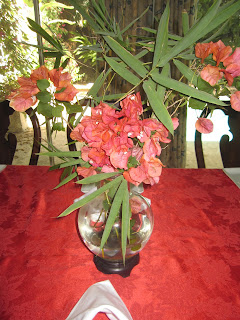 Happy Chinese New Year! The Lunar New Year starts today (January 20th) and it is the Year of the Dragon, an auspicious and mythical creature in Chinese culture. It ushers in power, strength and good luck. This is the year of the Water Dragon; the water element, which only occurs every sixty years, makes this year even luckier. This is a year of uncertainty and transition but also a good year for starting a business or initiating a new project. Money, whether earned, given or borrowed, is easier to come by, which is good news for everyone and the economy!

Although I don't have a drop of Chinese blood in me, I am celebrating the New Year because- why not? We can never have enough reasons to celebrate, and besides, I like Chinese food. I have set the table with a red tablecloth (considered good luck), chopsticks and napkins folded to look like fortune cookies. We will feast on edamame with soy sauce, grilled hoisin chicken legs (Curtis Stone's recipe), white rice, cucumber salad with rice wine vinegar and fruit for dessert.

This is the most important holiday in Chinese culture and lasts till February 6 . Each day holds a different meaning. It is tradition to cleanse your house of all ill fortune and to try and reconcile with others- removing negativity from your life. This seems like a good plan for anyone and so, once again- Happy Chinese New Year! Light some fireworks, do a dance, drink some sake and celebrate!
Posted by Gleesganders at 10:39 AM No comments:

Labels: Upsides to the Down Economy/ Happy Chinese New Year

Upsides to the Down Economy/ Costa Cruise Crash 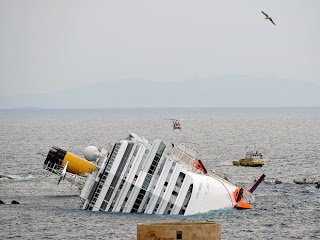 When I saw the photos of the ocean liner with the bright yellow smoke stack sinking, my heart sank as well. For my fortieth birthday, I took the first cruise of my life on Costa with my sister Kelley. We chose Costa mainly for sentimental reasons; my aunts and grandmother, being Italian, used to cruise on Costa back in the sixties and seventies. My aunt Emma, who had a beautiful voice, would sing on the ships and my Aunt Josie would tell us stories about how they made friends with the crew, who were also Italian. The itinerary of the ship that sank was similar to ours, cruising around the Mediterranean, but we went in November. There was one night that it seemed we hit something big, and, of course, we thought about The Titanic. Our cruise was followed by bad weather, rain and we could not dock at one of our scheduled ports. I have taken many cruises since and have sometimes skipped the life vest drill, having become complacent. This incident is a wake-up call to me. I will never skip the life vest drill and I will make sure I know where I need to be in the case of an emergency.

This crash, coincidentally, happened on the same date- January 13th- that an Air Florida plane crashed into the Potomac. As a flight attendant for Air Florida, I was making my final approach into Washington D.C. as it crashed. We could not land, due to the circumstances, but did return to Washington the next morning to pick up our passengers. Most of them, who would have ignored the safety demonstration any other day, had their eyes glued to us as we performed it. Especially the life vest demonstration.
Posted by Gleesganders at 7:51 AM No comments:

Upsides to the Down Economy/ Ah So! Ginger Salad Dressing 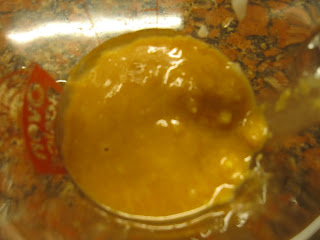 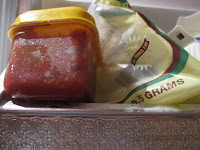 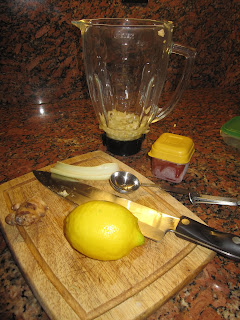 Happy New Year! Wow- you blink and 10 days have gone by already. I just got back from Daytona, where my Combo Seniors Tennis Team played in a Championship for the State title. It was a great experience, but being away means eating out a lot and often times, eating heavy, fatty food (we ate a Cracker Barrel twice). So, back at home, I am looking to lighten it up. I usually have a salad with every dinner and studies have shown that eating soup (broth-based) or salad before meals causes you to eat less calories during the meal. I made a Thai Turkey Noodle soup last night that Emma wanted to try, with a salad. Since I like my dressing to match my meal, I turned to one of my favorites- Benihana's Ginger Salad Dressing. I know you can buy Ginger dressing at the grocery store, but believe me, this is far superior to anything you will buy, plus it is not loaded with chemicals and preservatives. This is the dressing they serve with your salad at Benihana's which is orange, thick and delicious. It calls for veggies, rice wine vinegar, peanut oil, ginger, soy sauce, lemon juice and tomato paste, which I always have in my freezer. You usually only need a couple tablespoons of the paste for most recipes, so I just scoop the rest into a plastic storage container and freeze it for the future. While the traditional Japanese steak house restaurant uses Iceberg lettuce, I use Romaine and top it with grated carrots, thinly slice cucumbers, and tomato wedges. This dressing is only 17 calories per Tablespoon and perfect for my vegetarian friends! One note, this is so delicious, you might want to double the recipe.

Combine all ingredients in blender or food processor and process until almost smooth. Makes about 1 cup.
Per Tablespoon: 17 calories (56 % from fat), 1 g protein, 1 g carbohydrate, 1 g fat, 0.1 g fiber, 0 cholesterol, 86 mg sodium.
Posted by Gleesganders at 5:32 AM No comments: